An increasing number of central banks aim both to stabilize inflation around a low level and to keep output close to its potential level. But monetary policy operates under considerable and unavoidable uncertainty about the state of the economy and the size and lag of the economy’s response to monetary-policy actions. Unanticipated shocks to demand and supply are unavoidable. Because of the lags in the effect of monetary-policy actions, good central banks are forward-looking, use available information about the economy and anticipated shocks to construct forecasts of inflation and output, and respond to these forecasts as best as they can. A substantial realized or anticipated negative shock to aggregate demand, because of, for instance, the bursting of an asset-price bubble, a correction of overoptimistic growth and productivity expectations, increased doubts about future pensions and benefits due to demographic developments and/or reckless fiscal policy, increased uncertainty for geopolitical or other reasons, will lower both actual inflation and output as well as forecasts of future inflation and output. If initial inflation is low, this may be all that is needed for not only a temporary recession but a temporary deflation.

In this situation, standard open-market operations by the central bank to expand the monetary base by buying Treasury bills lead the private sector to hold fewer Treasury bills and more money – but this has no effect on prices and quantities in the economy. When this “liquidity trap” occurs, expanding liquidity (the monetary base) beyond the satiation point has no effect. If a combination of a liquidity trap and deflation causes the real interest rate to remain too high, the economy may sink further into a prolonged recession and deflation.

Even if the nominal interest rate is zero, a depreciation of the currency provides a powerful way to stimulate the economy out of the liquidity trap. A currency depreciation will stimulate an economy directly by giving a boost to export and import-competing sectors. More importantly, as noted in Svensson (2001), a currency depreciation and a peg of the currency rate at a depreciated rate serves as a conspicuous commitment to a higher price level in the future, in line with the optimal way to escape from a liquidity trap discussed above. An exchange-rate peg can induce private-sector expectations of a higher future price level and create the desirable long-term inflation expectations that are a crucial element of the optimal way to escape from the liquidity trap.

This has the important consequence that the current exchange rate immediately reveals whether any policy to escape from a liquidity trap has succeeded in creating expectations of a substantial increase in the future price level. If it has, this appears as a substantial current depreciation of the currency. Consequently, if the currency does not depreciate substantially, the policy has failed. Regarding Japan, from 1999 to the summer of 2003, the yen has fluctuated in the interval 105–130 yen per dollar with an average of about 117. In the year prior to the summer of 2003, the average rate has been about 120. Hence, there has not been any substantial depreciation. Consequently, any policy in Japan, including the quantitative easing with the 50 percent expansion of the monetary base in the two years to the summer 2003, has apparently not succeeded in any substantial increase in the expected future price level. 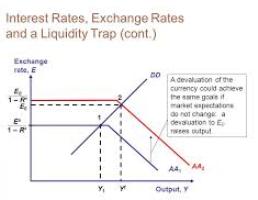 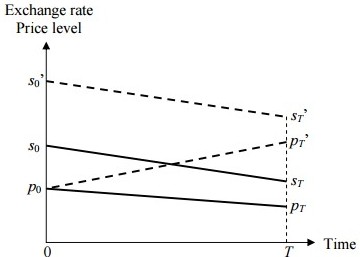 transtutors.com/resources/images/qpsprite.png") -3px -617px; width: 85px; height: 85px;">
Help us make our solutions better
(Rate this solution on a scale of 1-5 below)

(Hide this section if you want to rate later)

Get plagiarism-free solution within 48 hours